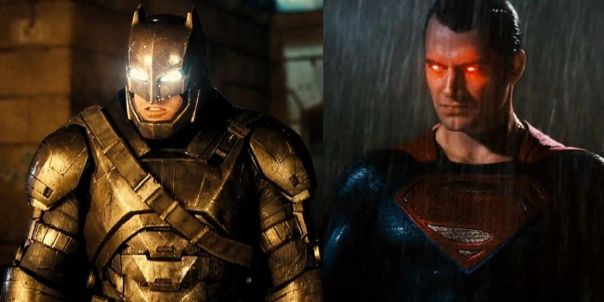 It’s rare that a movie can actually be better with a more footage added in, most of the time a film can be bogged down and forced to be trimmed to make  more coherent movie but the Ultimate Cut of Batman V Superman: Dawn of Justice is a much more coherent film then it’s theatrical predecessor.  I was not a fan of the original version when it hit theaters.  Superman was a horrible person in how he seemed to just neglect people who needed help, Batman just came across as a complete sociopath, and the populated world was so stupid to believe that a man who could fly, shoot heated rays from his eyes, and juggle planets would use a gun to kill anyone, which is  a major plot point of Lex Luthor’s plan to get the world to turn against Superman and for the much anticipated throw down between the two DC titans.

Why does the world believe Superman shot those people?  Why is Batman terrorizing the port area in Gotham?  How come Superman didn’t realize a bomb was about to go off during a Capitol hearing?  All of these questions and much more are answered which not only help the overall flow of the film but also flesh out Henry Cavill’s Superman and alter ego Clark Kent as he investigates who The Batman is.  Lois Lane (Amy Adams) gets more to do as she begins to pull the threads of the mystery surrounding the murders that seem to follow Superman wherever he goes.  It’s a nice little mystery we are actually following along with that held my attention despite a few dumb moments sprinkled in just to move the plot along.

Henry Cavill shines a lot more as Superman given the added footage and Ben Affleck is still an amazing Batman, Jeremy Irons, Laurence Fishburne everyone is pretty much bringing their A-game except the main villain of the film. 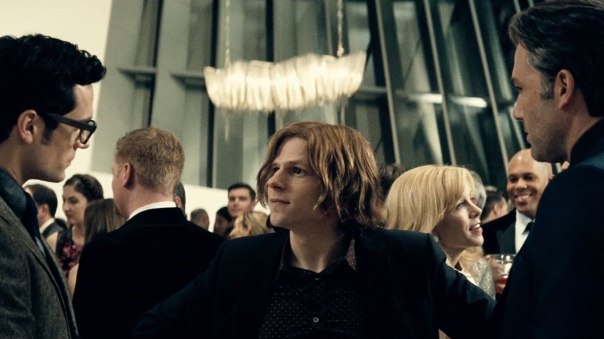 Despite all the good, the film is still plagued with problems, namely Jessie Eisenberg, who continues to be awful as Lex Luthor.  I did enjoy him more when he begins to lay out his plan to Superman just before the main event fight, but his performance will go down on future list as “Worst Villain Ever” for years to come.  The fight between Batman and Superman now takes even longer to get to given the added footage and is still really short compared to all the build-up.  Then you have Doomsday.  The CGI looks better and I could tell what was going better then I could in theaters, but I still stand that they should have waited to bring Doomsday in and kill Superman until WB had built up the DC Universe a bit more.  It would have been nice to see the members of the Justice League walking behind his casket in Metropolis in tandem with a select few at the actual funeral in Smallville. 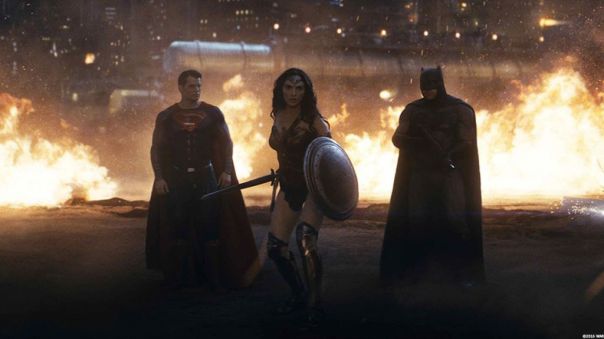 Originally I hated the first half of the theatrical cut because it was boring and confusing but with the Ultimate Cut I am able to enjoy the film much more as a whole.  Usually when someone releases a “Director’s Cut” with added footed it’s usually a cash grab with footage that doesn’t help the movie slightly *coughGreenLanterncough* if at all but in this case, the thirty extra minutes does bring a lot to the film but it still has the same problems with the useless dream sequences, the bloated final third of the film when Snyder wants to just conveniently drop hints of the future members of the Justice League.  It still doesn’t work, feels really crow barred in and Wonder Woman (Gal Gadot) is still useless until she’s called upon to be the warrior she is.

With the added footage you are now forced to sit through a three hour cut which is really taxing to sit through on anyone who have a thousand things to do every day and it comes with an R rating which it earns with a lot of CGI blood added into the fight scenes and a character dropping the F-bomb.  If you are interested,  I do recommend giving the film another look, it’s definitely worth it checking out if you want to see a better, yet exhausting, version but if you completely hated the original theactial released film then you’re better off skipping it all together.  Batman V Superman: Dawn of Justice hits shelves today!