A film that instantly jumped up my list as one of the best action films is John Wick.  Starring Keanu Reeves as the title character John Wick follows an ex-mob enforcer who goes after a mob boss and his son when the son murders his dog and steals his car, the catch, the dog was a gift given to him by his dying wife to help him cope with her death.

“With such tremendous fan and critical support for John Wick, we knew that there was still so much more of this story to tell,” said a Lionsgate spokesman. “We are thrilled that Keanu, David and Chad have re-teamed with us and promise to bring audiences even more excitement the second time around.”

The film ended up taking $78 million at the global box office, representing a serious return on its $20 million budget. Reeves will be back for the sequel, as will co-directors David Leitch and Chad Stahelski, alongside screenwriter Derek Kolstad.

No release date has been confirmed as yet, with John Wick 2 expected to arrive in cinemas in 2016. 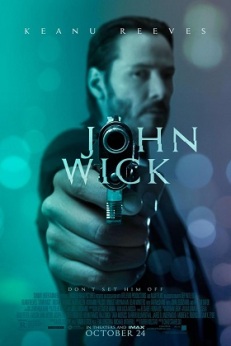 One of my favorite actions movies of last year was John Wick the slick and yet gritty film was something that just kind of came out of nowhere and reminded anyone who may have forgotten, just how much of a bad ass Keanu Reeves can be.  The film was tracking at moderate business until it jumped to a $14m debut weekend with $43 million in North America and $35.7 million outside North America for a worldwide total of $78.7 million, against a budget of $20 million.

Along with Reeves the original directors Chad Stahelski and David Leitch, and screenwriter Derek Kolstad are returning, along with anyone who managed to survived Wick’s onslaught on Russian Boss Viggo Tarasov (Michael Nyqvist) when his son Iosef (Alfie Allen) murders his dog and steals his car.  There is much more to it then that but that’s the gist.

I can not wait to see more of this seedy, bloody, and violent hitman world Reeves, Stahelsski and Leitch has created and what more they can put Wick or through.  No world yet on a release date but stay tuned for more.  You can check out the trailer from the first film below.