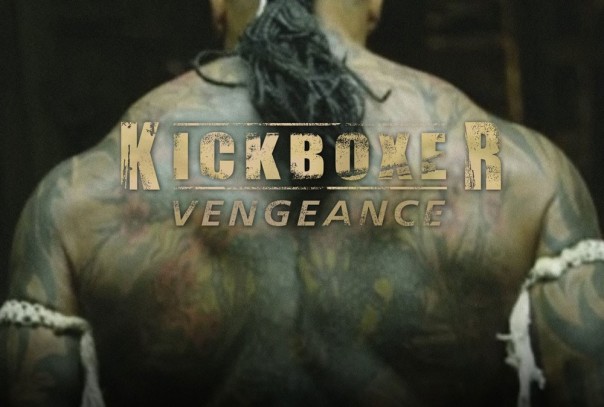 I am a true child of the 80’s, given I was actually born in 1980, so I have grown up with some of the best movies ever made but also the most infamous which only fuels my nostalgia.  Every so often I find myself spending an afternoon or two re-watching Predator, Alien, The Goonies, E.T. and many, many more.  My favorite however, are 80’s action films which I will always have a soft heart for.  I spent much of my childhood watching the likes of Bloodsport, Hard to Kill, Delta Force, and Kickboxer only to run out in my yard and practice for hours the different kicks, punches, and blocks I learned from these films.

These films ranged from dumb to awesome depending on the levels of action and fight scenes but they were never something someone could defend should it come to plot or story.  They were a product of their time and although I’m not completely against remakes or sequels (the 80’s action scene lived off sequels) sometimes it’s best to just leave things in the past.

I was really interested in Kickeboxer: Vengeance when I saw the trailer.  It looked promising, had some cool action scenes, and starred Jean Claude Van Damme as the teacher this time around instead of the protagonist.  The story is the same as the first, Eric Sloan (Darren Shahlavi) is the kickboxing champ in the U.S. who gets an invite to fight Tong Po (Dave Bautista) in Thailand for a very large sum of money and bragging rights of being the best.  Despite the reservations his brother Kurt (Alain Moussi) has, Kurt flies to Thailand to fight Tong Po and is murdered by the Thai boxing champ.  Kurt sets out to train in Muy Thai, under his brothers trainer Durand (Jean Claude-Van Damme) so he can avenge his brothers death.

Kickboxer: Vengeance has my attention right from the start because the story began after Eric had died and Kurt is trying to sneak into Tong Po’s training camp to kill him.  This gave some insight on what Tong Po does on his spare time, which is hold training and death matches but then it doesn’t take long before there are a ton of questions and little to no answers and it only gets worse from there.  Then you have the very beautiful Sara Malakul Lane who plays Liu, a Thai cop who is investigating Tong Po but doesn’t seem to do much about it even though it appears the entire police force in behind her.

Kickboxer: Vengeance has clearly been hacked to death in the editing room causing continuity errors, an incoherent story, and some of the worst dubbing I’ve ever seen.  Characters appear, disappear, then appear again for no reason and the questions start overtaking the answers as the film progresses and it really cuts into the small good things the film has going for it.  Dave Bautista looks like the producer of this film kidnapped him and forced him to get as big as he could get and it works.  He is menacing, powerful works right along with the original Tong Po played by Michel Qissi. 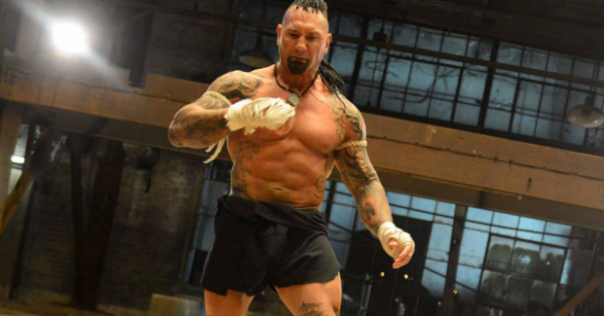 Core elements of the story were altered just to be different from the original film which leads to huge inaccuracies for characters and the overall plot.   It’s revealed that Eric trained under Durand, who is supposed to be the best Muy Thai teacher but he is no match for Tong Po.  Originally, Eric went to fight Tong Po with no training because he was arrogant and believed he stayed at his best all the time.  This change neuters Durand as a trainer because he’s supposed to be the all knowing last resort who can kick the protagonist butt into gear and push him past him limits so he can be a better fighter.

Also, Eric is killed in an underground fight instead of a normal kickboxing match, otherwise they wouldn’t have been able to kill him, but this takes away from the curiosity of the final fight.  In the original Kurt was training for a normal Muy Thai match only for Tong Po to change the rules and have them fight in the old way, which had the fighters hand wrapped in rope then crushed glass glued to them.  Here we already know the setting so there is nothing to surprise us about the final fight.

Everything about this movie is just wrong.  Alain Moussi just doesn’t have Van Damme’s charisma and it boring to watch.  The characters and their actions don’t make sense, the fight scenes are so choreographed you can see the stunt men just waiting for their moment to come into the scene and get knocked down by a kick that wouldn’t stop a small child  and training sequences are boring do nothing to excite you into training like the original did.  The training sequences in the first film, whether you believed them or not, were amazing to watch I’ve quoted and reenacted the “kick the tree” scene over and over again.

There is more emotion in that one scene then there is in the entire 90 minute running time of Kickboxer: Vengeance which leads me to my biggest complaint.  I’ve always felt that Van Damme is a much better actor then he’s been given credit for.  The man was the epitome of 80’s action for me growing up,  he was fun to watch, he still is an amazing martial artist and athlete but he was sleep walking through this role.  It’s like he doesn’t want to do these anymore or he’s always tired and if that’s true then he should just stop and focus on other things, because he was the biggest letdown for me.  Like this film, his heart just wasn’t into it and broke the heart of this 80’s kid.  At least I can try and get over it since this movie introduced me to Sara Malakul Lane.