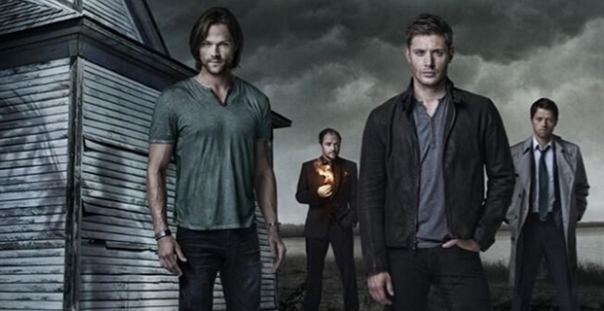 The last time we saw the Winchester’s they had killed death, gotten the Mark of Cain off of Dean, and ended up unleashing the Darkness, the evil that was originally there before God drove it away and created the world.  I’m not playing either, this trailer is super effective.

I can’t believe the show has been on as long as it has, I recently rewatched the entire series and the first five seasons are the best, that is for sure, but it didn’t take long for them to find their groove and start knocking back some amazing episodes in the later seasons.  I really can’t wait until  the show comes back October 7th! 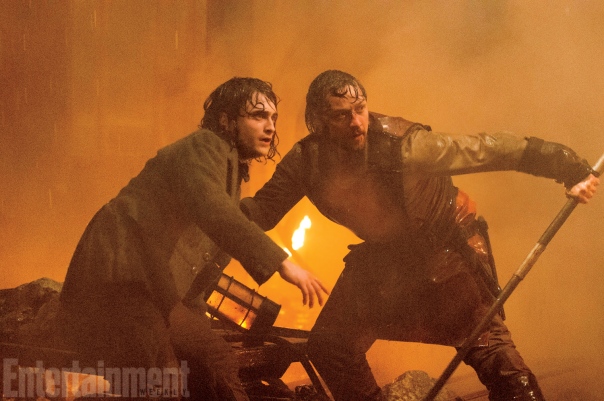 Told from Igor’s perspective, we see the troubled young assistant’s dark origins, his redemptive friendship with the young medical student Viktor Von Frankenstein, and become eyewitnesses to the emergence of how Frankenstein became the man – and the legend – we know today.

This just looks odd, some strange horror/comedy/action mashup and I’m not really sure how  I feel about it.  I’m intrigued as I am for just about any movie, but don’t really feel the urge to go see it because I fear it will be horrible, but then I also found some things that could make this fun. 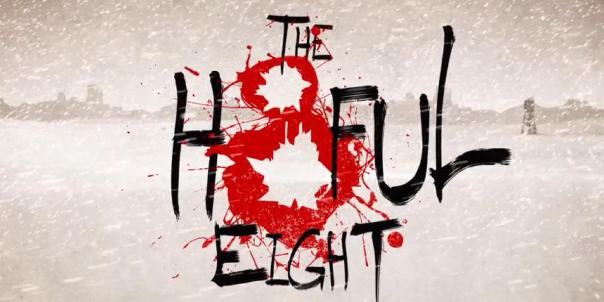 In post-Civil War Wyoming, bounty hunters try to find shelter during a blizzard but get involved in a plot of betrayal and deception. Will they survive?

Just the look of this film is amazing, seems to have some colorful characters I can’t wait to learn about and I’m glad to see Tarantino doing another Western, which is a genre he as admitted in the past he loves, really can’t wait to check this movie out. 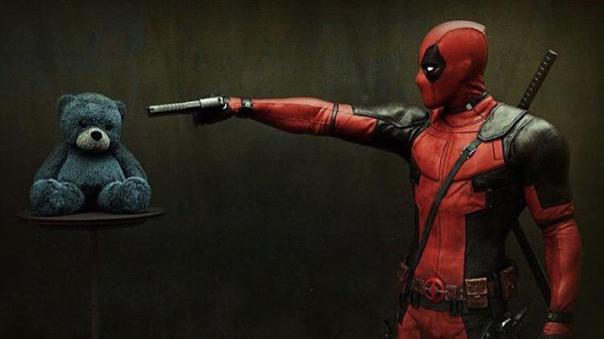 Based upon Marvel Comics’ most unconventional anti-hero, DEADPOOL tells the origin story of former Special Forces operative turned mercenary Wade Wilson, who after being subjected to a rogue experiment that leaves him with accelerated healing powers, adopts the alter ego Deadpool. Armed with his new abilities and a dark, twisted sense of humor, Deadpool hunts down the man who nearly destroyed his life.

The only thing I’m worried about is that they keep showing the same stuff over and over again which could mean one of two things.  Either those are the only action scenes in the movie, or FOX is pulling a Marvel and only showing you the same things and have much better stuff in store for us when the movie comes out, either way I can’t wait to see this.

Deadpool will be in theaters February!

Spectre Trailer-James Bond Is Back! 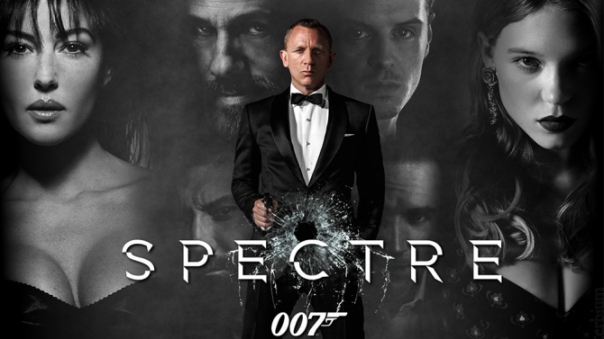 A cryptic message from the past sends James Bond on a rogue mission to Mexico City and eventually Rome, where he meets Lucia Sciarra (Monica Bellucci), the beautiful and forbidden widow of an infamous criminal. Bond infiltrates a secret meeting and uncovers the existence of the sinister organisation known as SPECTRE.

Meanwhile back in London, Max Denbigh (Andrew Scott), the new head of the Centre for National Security, questions Bond’s actions and challenges the relevance of MI6, led by M (Ralph Fiennes). Bond covertly enlists Moneypenny (Naomie Harris) and Q (Ben Whishaw) to help him seek out Madeleine Swann (Léa Seydoux), the daughter of his old nemesis Mr White (Jesper Christensen), who may hold the clue to untangling the web of SPECTRE. As the daughter of an assassin, she understands Bond in a way most others cannot.

As Bond ventures towards the heart of SPECTRE, he learns of a chilling connection between himself and the enemy he seeks, played by Christoph Waltz.

A cryptic message from the past sends James Bond on a rogue mission to Mexico City and eventually Rome, where he meets Lucia Sciarra (Monica Bellucci), the beautiful and forbidden widow of an infamous criminal. Bond infiltrates a secret meeting and uncovers the existence of the sinister organization known as SPECTRE.

Meanwhile back in London, Max Denbigh (Andrew Scott), the new head of the Centre for National Security, questions Bond’s actions and challenges the relevance of MI6, led by M (Ralph Fiennes). Bond covertly enlists Moneypenny (Naomie Harris) and Q (Ben Whishaw) to help him seek out Madeleine Swann (Léa Seydoux), the daughter of his old nemesis Mr White (Jesper Christensen), who may hold the clue to untangling the web of SPECTRE. As the daughter of an assassin, she understands Bond in a way most others cannot.

As Bond ventures towards the heart of SPECTRE, he learns of a chilling connection between himself and the enemy he seeks, played by Christoph Waltz.

I love Daniel Craig as James Bond and liked or loved every movie he’s played the character, yes even Quantum of Solace which I will admit is the weakest out of the three movies he’s starred in as the British spy.  Sam Mendes has returned as director and Spectre will be in theaters November 6th 2105!

The Ultraman Trailer Is Here!

Ultraman was created by Eiji Tsuburaya, co-creator of Godzilla, with the series originally airing in 1966 with 39 episodes.  The widely popular characters captured the attention of Japanese and American audiences and has become a staple in the monster movie, or Kaiju, genre.

Ultraman is the story of a series of “Ultra-heros” that arrive on Earth to fight giant, evil monsters set on destroying the world. Each Ultraman can grow to over 200 feet tall, and uses a variety of energy emission powers, as well as expert, hand-to-hand martial arts fighting styles.

Now, I have to warn you, this trailer is VERY Japanese, so just bare with it, it’s pretty much showing you all you’d need to know anyway.

One of the first things you’ll notice is the special effects are a lot better and it waste no time showing you a good portion of a fight just to get the Ultraman fans hyped.  I remember watching this like crazy when I was a kid, and I saw just how big (no pun intended) the character was when I was living in Japan years ago.  If you’re a fan of Japanese cinema, I’m sure you’ll be ready for this just like I am.  No word yet on when the film will be released stateside, but it’s already out in Japan.

FANTASTIC FOUR, a contemporary re-imagining of Marvel’s original and longest-running superhero team, centers on four young outsiders who teleport to an alternate and dangerous universe, which alters their physical form in shocking ways. Their lives irrevocably upended, the team must learn to harness their daunting new abilities and work together to save Earth from a former friend turned enemy.

This is the one movie that I started out not having in any interest at all to actually looking forward to it over the course of past few months.  This movie could easily be the worst film of the summer, but I feel that Fantastic Four could actually be that one summer surprise.

Man, I wasn’t too sure on this but this looks pretty amazing and Jared Leto is terrifying as The Joker.  Suicide Squad hits theaters next summer!

Evil is always waiting in the shadows.  See what’s waiting for you this Halloween in the STARZ Original Series Ash vs Evil Dead.

Sam Raimi directed the pilot episode but will continue on the series as, along with Bruce Campbell, executive producer.

The cast is led by Bruce Campbell (Evil Dead, Burn Notice) in the role of Ash Williams, Lucy Lawless (Salem, Spartacus) as Ruby a mysterious figure who believes Ash is the cause of the Evil outbreaks, Ray Santiago (“Touch,” Meet the Fockers) as Pablo Simon Bolivar, an idealistic immigrant who becomes Ash’s loyal sidekick, Dana DeLorenzo (A Very Harold & Kumar 3D Christmas) as Kelly Maxwell, a moody wild child trying to outrun her past and Jill Marie Jones (Sleepy Hollow) as Amanda Fisher, a disgraced Michigan State Trooper set to find our anti-hero Ash and prove his responsibility in the grisly murder of her partner.

I can’t wait to check this out!

The Goosebump Trailer Is Here…And It Completely Misses The Point Of The Series!

Upset about moving from a big city to a small town, teenager Zach Cooper (Dylan Minnette) finds a silver lining when he meets the beautiful girl, Hannah (Odeya Rush), living right next door. But every silver lining has a cloud, and Zach’s comes when he learns that Hannah has a mysterious dad who is revealed to be R. L. Stine (Jack Black), the author of the bestselling Goosebumps series. It turns out that there is a reason why Stine is so strange… he is a prisoner of his own imagination – the monsters that his books made famous are real, and Stine protects his readers by keeping them locked up in their books. When Zach unintentionally unleashes the monsters from their manuscripts and they begin to terrorize the town, it’s suddenly up to Stine, Zach, and Hannah to get all of them back in the books where they belong. 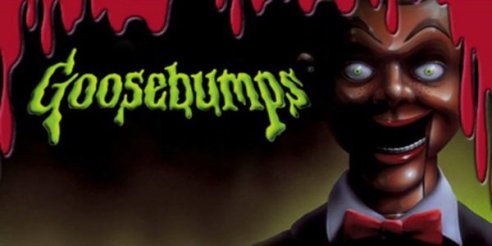 Look, in no way will I defend the Goosebumps TV show except that it did what it was set out to do, and that was scare kids.  I remember watching the TV when I was a teenager and getting a little freaked out at some of the episodes but it wasn’t until I was able to sit and watch the show with my own kid that I was able to see the effect it had on her.  These aren’t adventure movies, that are kids horror stories used to bridge that gap before they can start watching the more adult fair.  This is just Jumanji with books.  I’ve said it before, I will wait until I actually see the film to pass full judgement but a trailer is meant to give you a first impression of a movie and this is not what they should have gone with.